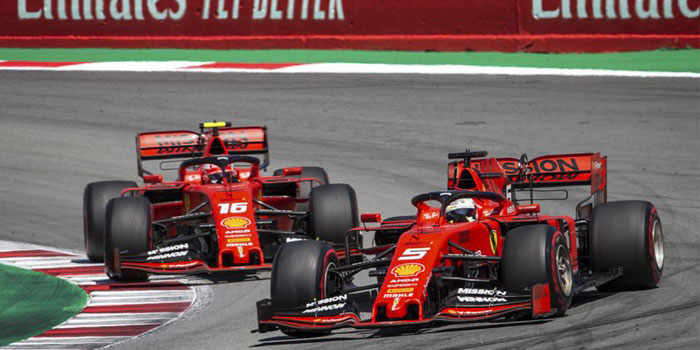 Competitors unofficially accuse Ferrari of regulations infringements that have to do with its engines, saying that the FIA is trying to cover it all up.

Ferrari engines are more efficient in terms of horsepower when racing in straight lines, giving it the advantage of almost a second in time in racetracks that have more straights.

Competitors, among which are Mercedes and Renault, say that this advantage is unreasonable and that it can’t be achieved through legal means. Ferrari team Director, Mattia Binotto, knows all about these accusations and answers that the advantage is not as big as considered.

FIA is hiding behind the fact that these are all unofficial accusations for the time being.
Those in charge claim that all the parameters are regularly checked and assure that they would have intervened if they had seen something is wrong.

The first rumors about Ferrari violations had broken out in 2018.
According to these, the batteries of the vehicles would allow the engine to have more horsepower than the allowed 163 h.p.
The FIA had examined these accusations and had found everything was alright and legal but the competitors think the scandal was all covered up.

Ferrari is interconnected to Formula 1 and if such scandal was to be revealed, it would negatively affect the sport overall.

Hamilton criticized over his “concerns” for the environment

Formula One racing driver was criticized for saying the only way to save the planet...More