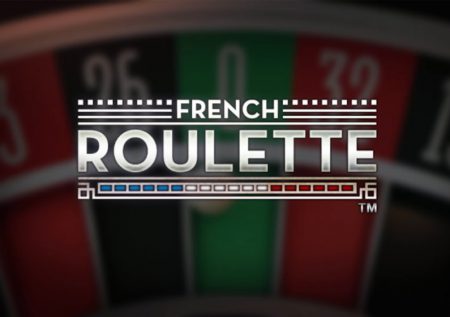 Go for a spin! Designed to surpass all our players expectations, this world-class gaming experience will glue you to your chair every time the wheel swirls!
Play Now

French Roulette is one of the top and most preferred games at NetEnt designed to meet all our players’ expectations. The game provides a world-class gaming experience. It’s designed by experts with an attractive billboard and table to make the gameplay straightforward. After understanding your gaming objectives and the set rules, it will keep you glued to the chair with the thrilling gaming experience.

Focus on the Game

The fun of the French Roulette game is that the players have to predict which line or number the ball will land on and then win or lose. French Roulette gameplay entails basic knowledge of mathematics and probability; it has straightforward rules for a beginner, but gets complicated after playing and understanding the game.

French Roulette is among the many games provided by NetEnt, allowing players to subscribe through internet and play online. The game uses a wheel and betting grid; it has gained popularity in France with modern digitalization. French Roulette is a classic and classy game, with a stunning design and feel. Even though you are playing from your screen, the exquisite design makes it feel as though you are actually at a land-based casino. Listen as the ball drops and wheel spins, ready to announce the lucky winner. The game is available to play on desktop and mobile.

The game has several betting options based on color or the specific space number. It is a fair game since the player will only win if they predict the number where the ball will land.

French Roulette’s stakes are categorized into the inside and outside bets. Inside bets involve the player placing a bet on the numbers between 0 to 36 on the grid or the table.