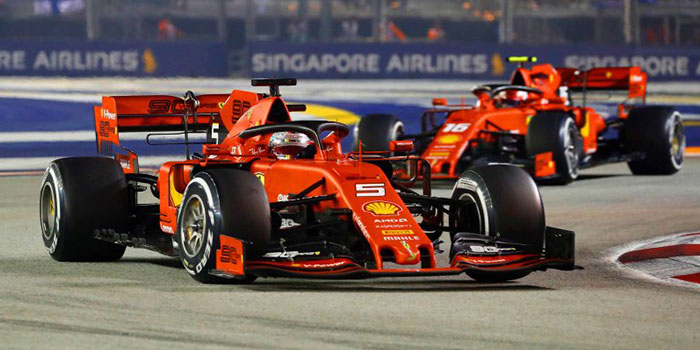 Vettel was focused and managed to win with a little help from his team. Leclerc finished second and Verstappen finished third.

F1 drivers followed their strategy and did well. Vettel was unerring and the race track allowed no passing.

Ferrari put Vettel first and that was helpful, because he found no traffic ahead and that allowed him to move fast and gain some distance that resulted in Leclerc coming second after the pit stop.
Leclerc was upset with how things came out, because he believed the race was his but Vettel did a great job and deserved to win.

Verstappen raced silently, steadily and fast. He was efficient and deserved the third place.

Those who didn’t watch the race didn’t miss out on a lot.
There only were three safety cars and there was no battle among those who were behind.