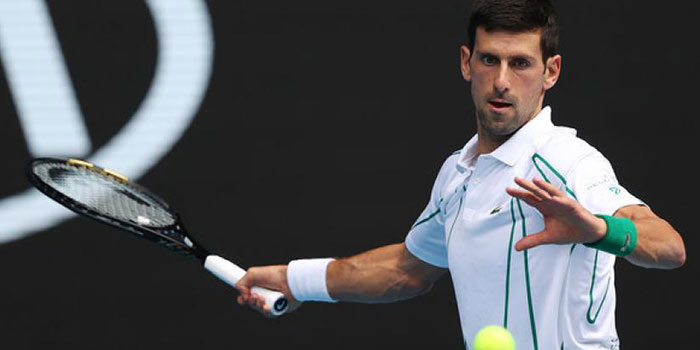 Although Roger Federer is the “king” of tennis in the conscience of the world, with most believing he is the greatest of all time, Novak Djokovic wants to achieve what no one else has, that is, to have the Grand Slam record in the history of the sport.

To achieve this, he will have to limit down the tournaments he will be playing for this year to keep his body fresh and able to have energy and strength in the big four appointments. He has already done great at his first match in Melbourne and now he is on the way to make it to Paris, London and New York.

The two tennis players have a 10-year difference, with Nadal stating, among other things: “I...More

Dominic Tim has not accidentally reached No. 3 in the world rankings and is considered...More

Semifinals US Open 2006. Roger Federer is facing Nikolai Davydenko in a rivalry that has...More

Covid-19: They built the most beautiful tennis court in quarantine

We may not see Wimbledon this year, but two young girls built a wonderful stadium...More

No Comments on "Tennis: Djokovic is after the ultimate Grand Slam record by 2021"