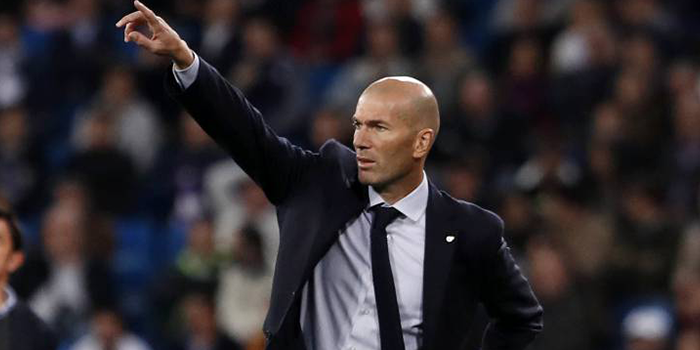 Zinedine Zidane was asked in a press conference about Real’s upcoming Champions League clash with City for the round of 16 and praised Pep Guardiola.

There is no doubt that Real Madrid – Manchester City are the hottest and still undisputed couple in the Champions League ’16 phase and the fact that the two coaches have won five Champions Leagues in total, from 2009 to 2019 make it even greater.

When Zinedine Zidane was asked about Pep Guardiola, he answered:
“Pep Guardiola made history in the top European bout with Barcelona winning the trophy in 2009 and 2011 while Zinedine Zidane was Real’s coach when the Madrigans became the first team since 197, 1974 after Bayern 1974. title for three consecutive years (2016, 2017, 2018).
When Zidane was asked about Pep Guardiola, he answered: “He is the best coach in the world. It will be unique for me to play against him. I have fought against Guardiola several times. I respected him a lot as a football player and now as a coach. He’s best in the world. It makes me glad that we are facing each other. We are all excited to play against his team”.